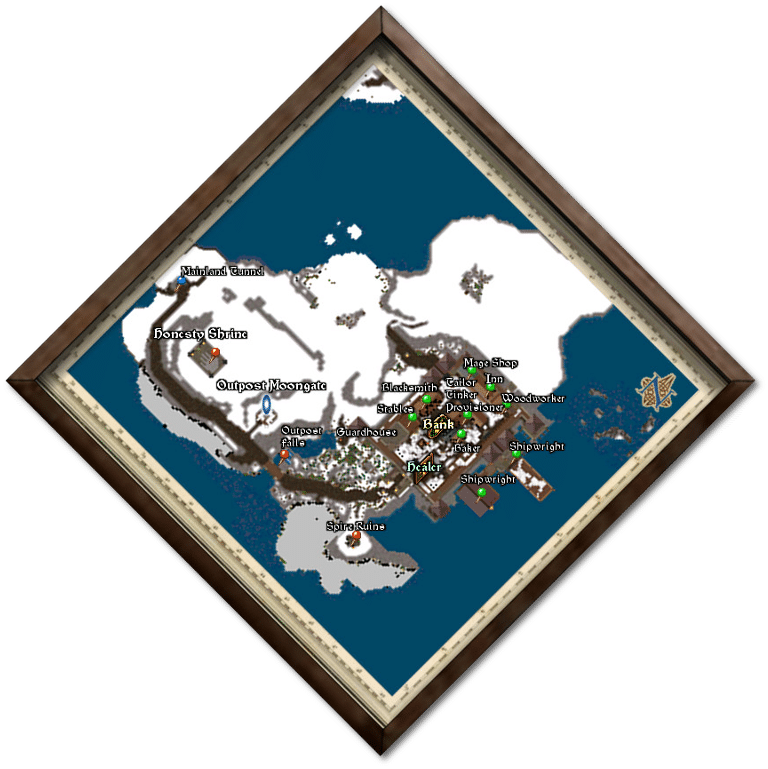 The History of Outpost

An Expansion of Power

As the Andarian Kingdom eyed expanding its power and influence across the north, surveyors discovered a most perfect location. Andaria established Outpost in 348 AC, a modest-sized keep in a strategic position at the far head of Spirituality Bay and overlooking the Great Eastern Ocean. The initial keep was only large enough for a small group of merchants and lodging enough for humble adventurers and soldiers. The keep did not expand much in the centuries since.

Over the course of its existence, Outpost has done a magnificent job with keeping the eastern side of Andaria safe from tribal invasions with the exception of the massive Orc invasion of 585 AC that left a great deal of Andaria in flames. For the residents of Outpost, the gale winds are among the harshest obstacle to living well. Luckily, or perhaps through forethought, Outpost is situated among tall pines amidst a rocky outcrop that helps break the winds.

Defection Among the Ranks

During the ‘Reign of the Mad Emperor’ between 441 AC and 490 AC and the height of Andarian discontent with the affairs of the Avadonian Empire, a contingent of Andarian soldiers defected from Outpost. They traveled west, back across the sea, and settled in a valley now known as Falkvangyr. For generations they remained more or less peaceful, nestled halfway between Andaria and Outpost.

Occasionally, a group would be gathered in Outpost in an attempt to go and bring back the defectors, but none were successful. The people of Falkvangyr became strong fighters in their own right, and also created a network of tunntels throughout the mountains that they could hide in and travel through whenever an Outpost raid approached.