Once an Aspect has been unlocked, players can switch to it freely and set it as their current Weapon and Armor Aspect Attunement at any time. Players may unlock all Aspects available provided they pay the required costs. Players can chose to Activate those Weapon and Armor Aspect attunements to convert their currently worn Weapon/Spellbook or Armor into Aspect Gear of that respective Aspect.

How to Obtain Arcane Essence

Characters can activate their unlocked Aspects as many times as desired, for 5 Arcane Essence per activated item type. 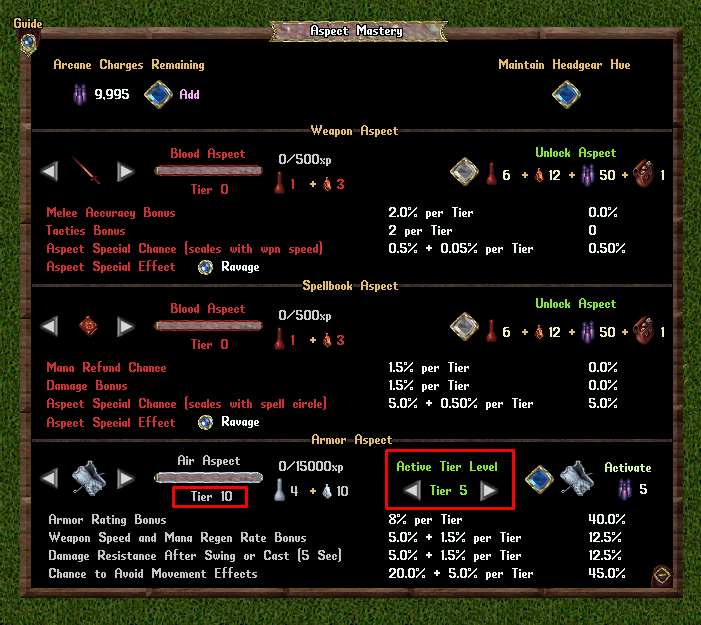