The "Faction" page of the Guild Menu has been overhauled and now is known as the "Battle" page. The Battle Page is where players can view or change their guild's Global War setting as well as view the current server schedule for when PvP events are occurring next. Each PvP event lasts 30 minutes and will have system message notifications for players 15 minutes and 5 minutes prior to event start informing them of the event's impending start. 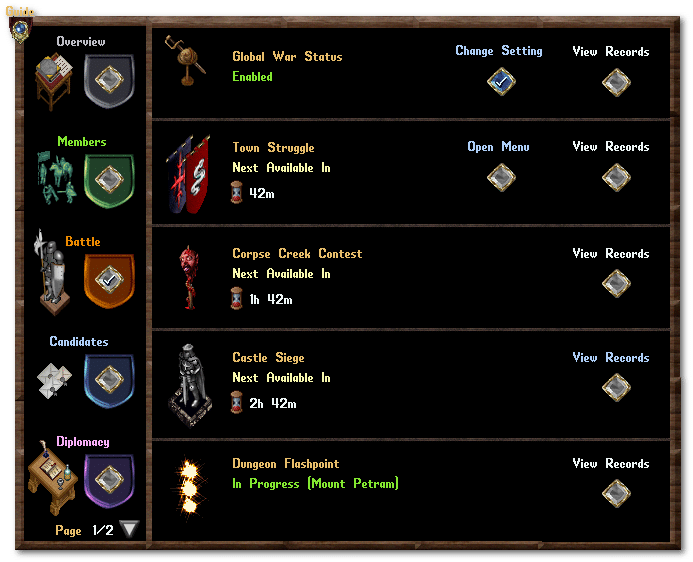 Guilds can earn Prestige by having it's members accomplish tasks, and for every 100 Prestige earned, a guild will increase its Guild Level by 1. There is no cap to a guild's maximum level. A Guild's Server Rank is how their guild's Total Prestige amount they have earned compares to other guilds on the server. Visit the Guild Prestige page for more detailed information. 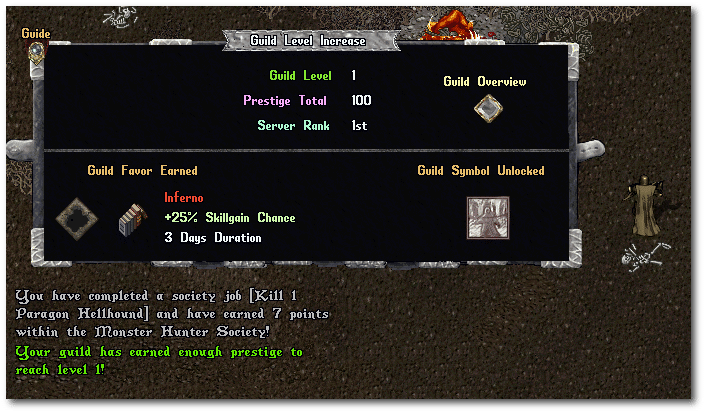