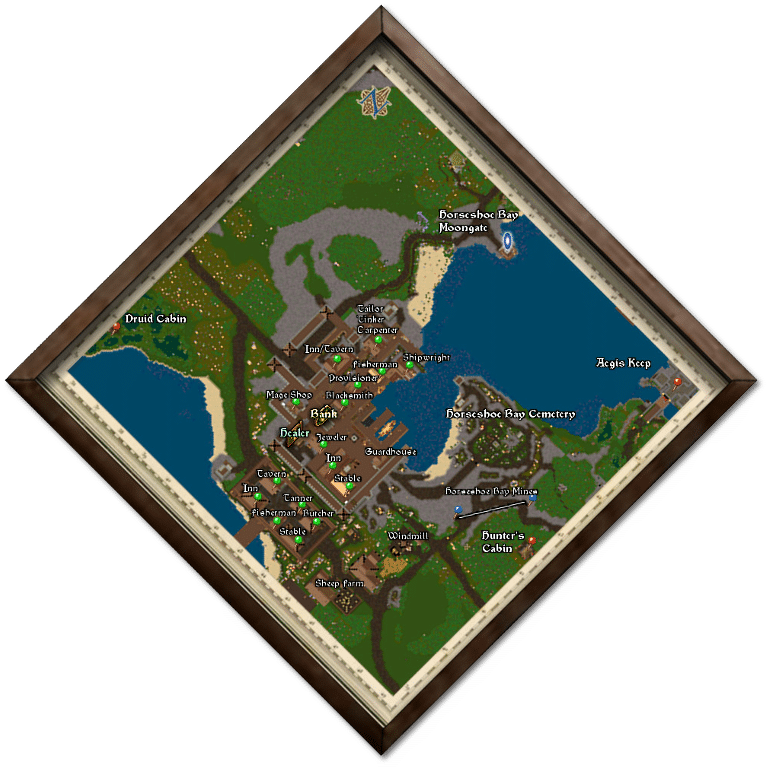 The History of Horseshoe Bay

From Gems to Riches

Prior to its official founding 312 AC, the area now known as Horseshow Bay was a small trading camp that specialized in Cambrian gemstones. The southeastern coast of the Cambrian region was known for its gems. In 312 AC, a greater need for a port of trade was identified by both Cambria and Prevalia. As such, Horseshoe Bay was initially a joint venture, with Andaria eventually also joining the effort of establishment, for they too would benefit from the port. It was agreed that there would exist a co-rule among three leaders within Horseshoe Bay, each leader representing the interests of their native Kingdom.

The Establishment of Aegis Keep

Around this time, Aegis Keep was constructed, primarily as an effort by Prevalia moreso than the other Kingdoms. Aegis Keep was to ensure the safety of the port and immediate waterways so that trade could always pass through unhindered.

Over the course of its existence, Horseshoe Bay was generally omitted from the various wars and conflicts that mar much of Avadonian history. The importance of this trade hub was always kept in mind and with leadership from each Kingdom, Horseshoe Bay remained fairly bi-partisan. In spite of Prevalia having a larger control of the area in the form of Aegis Keep, this was never leveraged against Cambria or Andaria, for any strike or destruction within Horseshoe Bay would impact all Kingdoms, particularly Cambria and Prevalia.

This is not to say that the triad of rulers did not, on occasion, attempt to gain advantages over the others. Stories abound throughout Horseshoe Bay and other regions (for word travels fast by way of ship) of backroom dealings, political intrigue, alliances, and so forth. In spite of this, though, nothing truly changing ever took place, and co-equal leadership remains in Horseshoe Bay to this day.

The fact that much of the population of Horseshoe Bay views itself as independent from the Realm of the three Kingdoms lends to Horseshoe Bay's image of neutrality.

The Mysteries of Aegis Keep

In 607 AC, for reasons not entirely known at this time, Aegis Keep fell silent. No daily reports from the Prevalian garrison came to the town, and a weekly supply caravan simply disappeared. Some of the Horseshoe Bay residents attempted to investigate, and very few ever returned. The few that did return spoke of blood, but little else. What happened here remains a mystery.