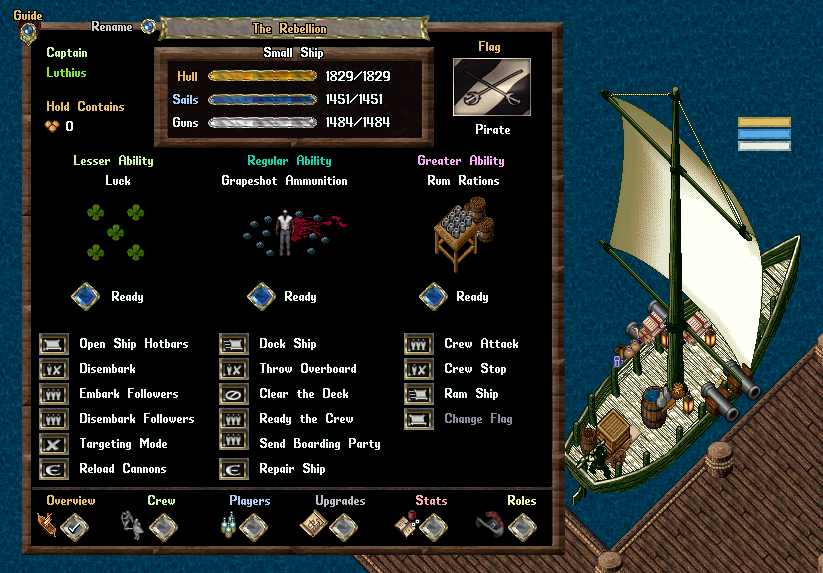 Building and Registering a Ship

Players can use the Carpentry to craft ships. There are several different ship sizes, each requiring different amounts of Carpentry skill and resources to craft. Each type has different base stats, cannon amounts, and crewmember capacities. Players in possession of a ship deed must first Register it before it may be launched. A ship deed must only ever be registered once, and once registered, anyone in possession of the ship deed will be able to launch the ship freely. Players can double-click the ship deed to launch the ship's Gump window and review information about the ship, including any crew or upgrades installed, or stats for the ship. Players are also able to double-click a ship deed that is currently for sale on a player-vendor, and view details of the ship before they purchase it (if the ship has not been registered yet, however, the player will still have to pay the Registration fee once acquired). 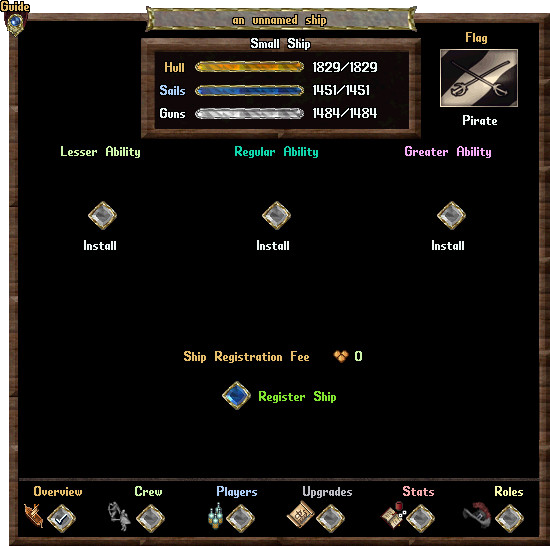 To register a ship, the player must simply click the "Register Ship" button the Overview page and then pay the required Doubloon amount. Registration requires a set number of Doubloons to be paid from that player's bankbox, with the amount varying based on ship type (larger ships requiring much large quantities of doubloons). Small Ships, however, do not require any doubloons to register.

The Stats Page shows the ship's specific values for a variety of ship actions and mechanics. Each ship type has a preset starting base value for each stat, however upon crafting the ship, these stats are slightly randomized. Normally each stat will be randomized between -10% to +10% of it's base value. However, players with Carpentry skill above 100 will reduce the chance that a randomized stat will be a negative value when crafting ships. This chance scales up to 120 Carpentry skill, whereas a player at 120 skill will have all values varying only between +0% to +10%. 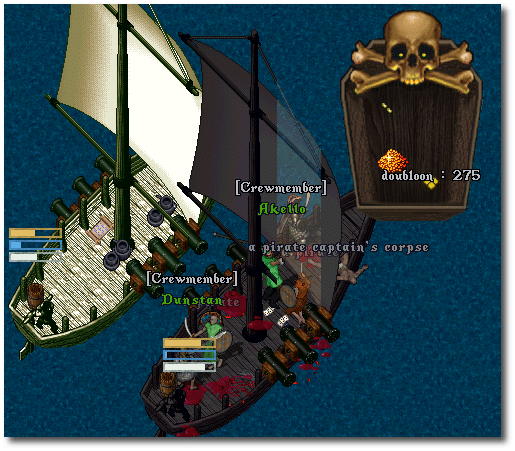 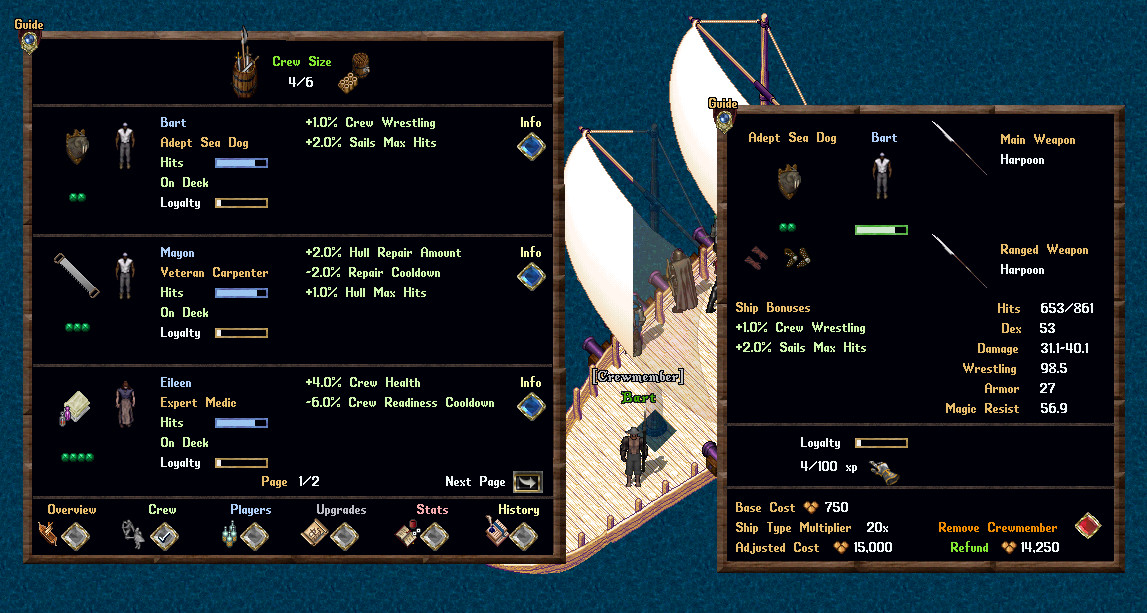 The Maximum Size of a ship's Fighting Party is determined by the ship type, as follows: 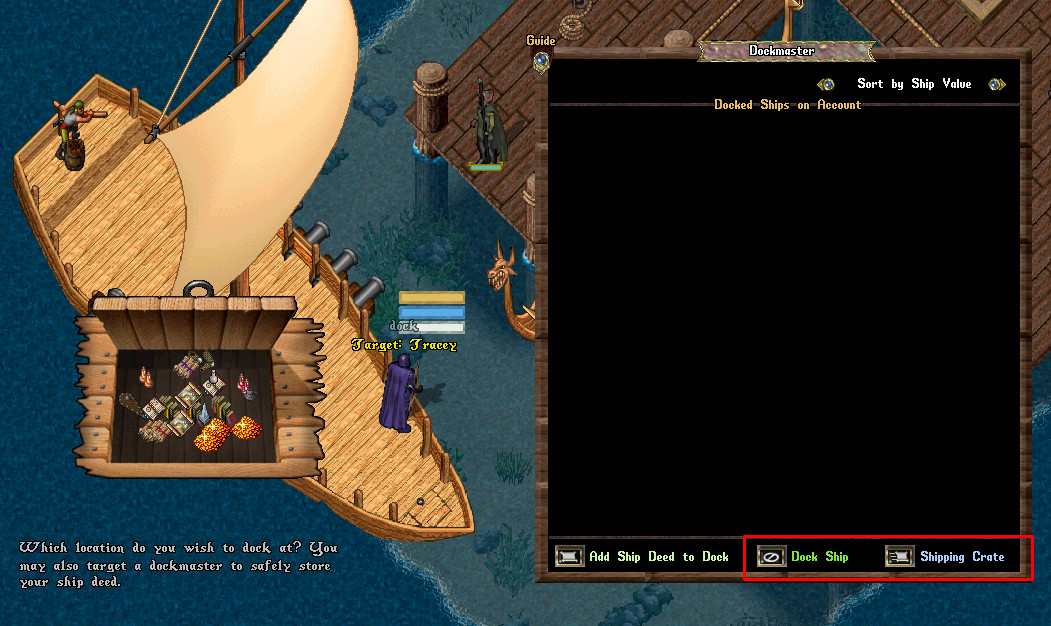 In the Dockmaster menu, the captain or the co-owner of a ship now has the option to request a Shipping Crate If the player owns a house, clicking the Shipping Crate button will charge the player 250 gold (from their bank box) and will transport all of the content's of that ship's hold to the Ban Location of that player's house In order to use the Shipping Crate feature, the player's ship must be stopped long enough so that they could dock as normal (using normal docking delays for combat, if necessary) 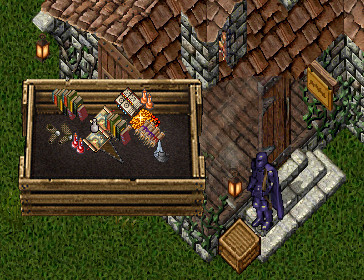 Reason for this mechanic:

We recently added the no-recall restriction to oceans, because we wanted players to be at risk of losing their ship's hold contents while at sea, just as players who are farming in dungeons are at risk of losing their loot when they die. However, once they "clear" the danger of the open waters (i.e. get to shore near a Dockmaster), they should be able to move their loot easily just as players who exit a dungeon are freely able to Recall/Gate to head back to their homes with their loot (often using Pack Animals or Pets with the Mule backpack trait)

Once a player reaches a Dockmaster, we consider that to be relatively "safe" and clear of danger, similar to exiting a dungeon as mentioned earlier, and therefore we feel the Shipping Crate mechanic being available in this capacity makes sense and is balanced compared to the risks involved with seafaring. 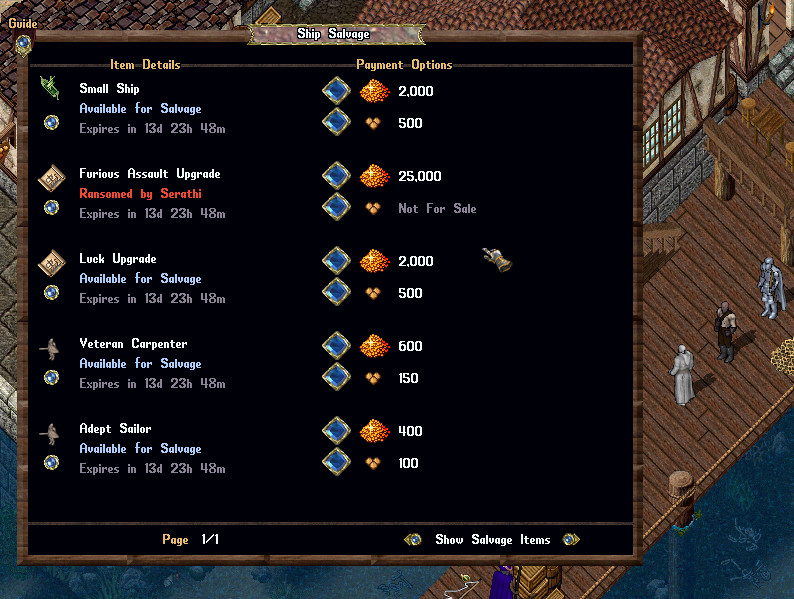 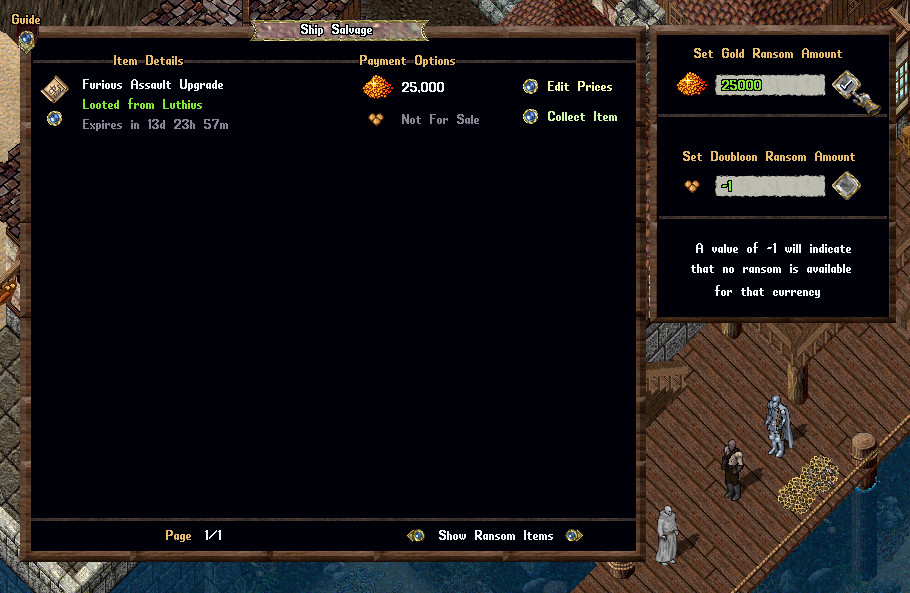 Set sail and prepare for rough waters when battling the Ocean Bosses. Besides having a set spawn time, Guilds may summon Ocean Mini-Bosses and Ocean Bosses as well (requires Gold farmed on the ocean, which should be comparable to Doubloons amount farmed) 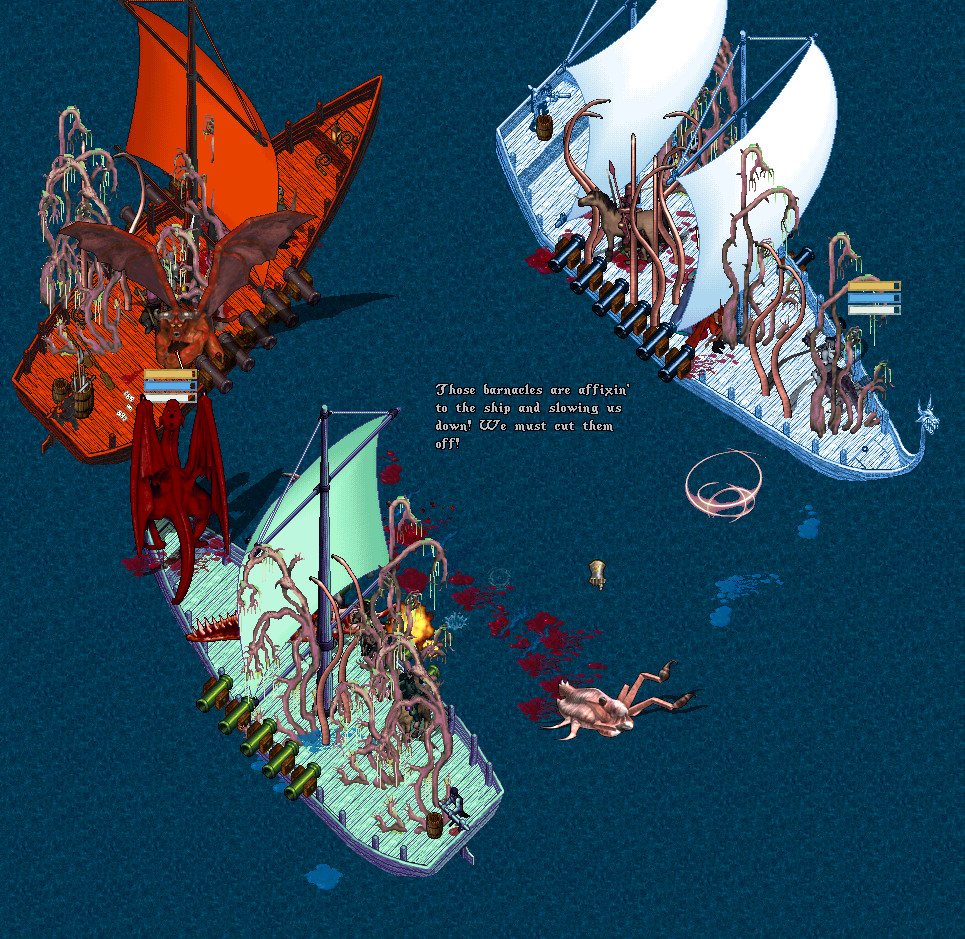 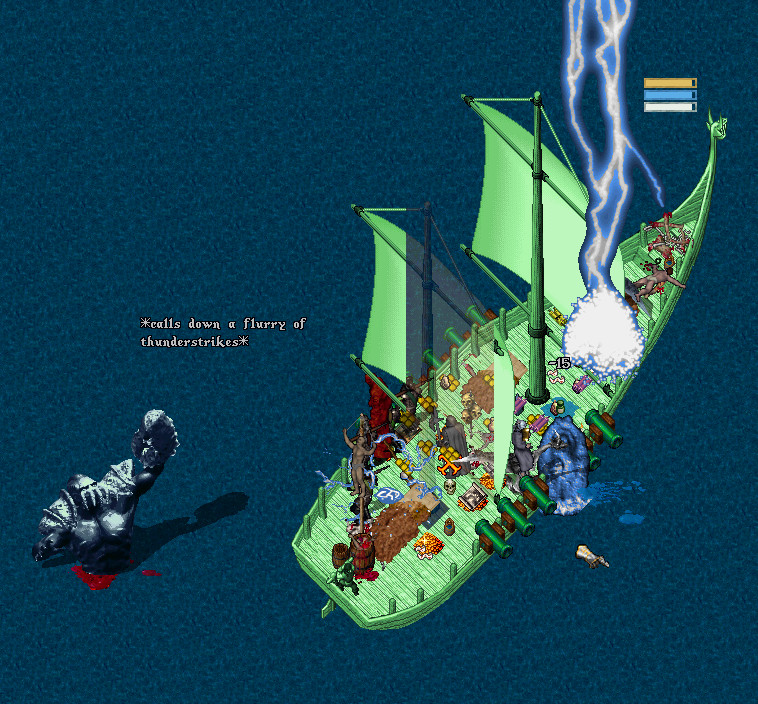