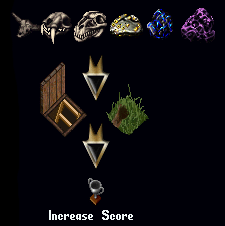 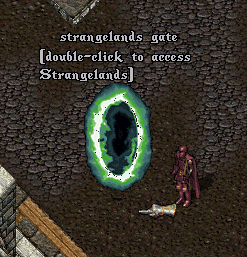 All players have a Strangelands Hotbar which appears on their screen and is updated periodically during the event. The Hotbar will display the following stats: 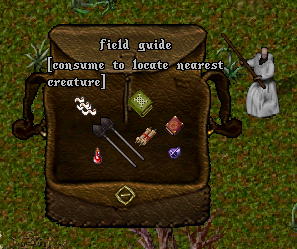 Consuming a Stat Elixir will increase the player's respective stat by 2 to a maximum of 100. Players cannot increase their stats total above 225 in this manner.

Consuming a Skill Manual will increase the player's respective skill by 2 to a maximum of 100. Players cannot use a Skill Manual for a skill they currently have 0 in and cannot increase their total skills above 700 in this manner.

Players who play a character with the Magery skill will not have reagents, but will instead start with Blessed Spellstones that provide unlimited reagents needed for their spells.

Players who play a character with the Magery skill will have only a limited number of starting spells added to their Spellbook based on their chosen template. Additional spells can be acquired through Spell Scrolls which occur as loot items.

Detect Hidden - does NOT reveal nearby hidden players, BUT instead creates an arrow pointing to the nearest Tunnel up to (Detect Hidden skill) tiles away

Players are considered to be "Active" for the next 5 minutes and earn 25 Points after any of the following actions in the last 5 minutes:

A number of stats are tracked for players after each Strangelands event, including: 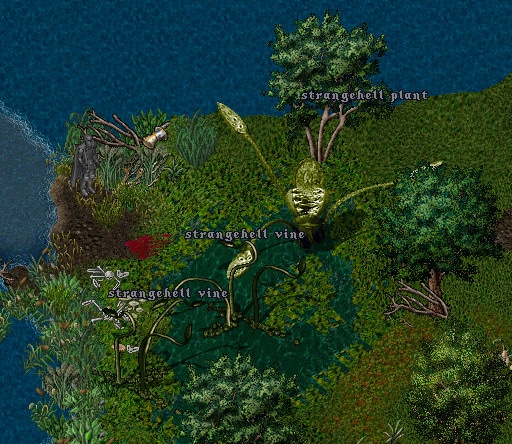 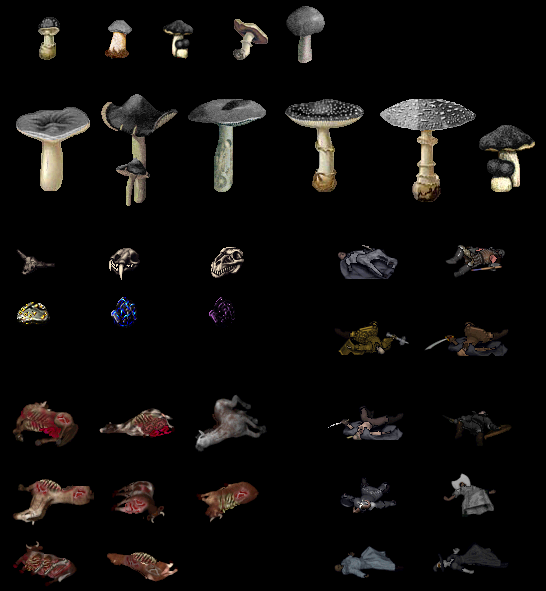