Difference between revisions of "Corpse Creek" 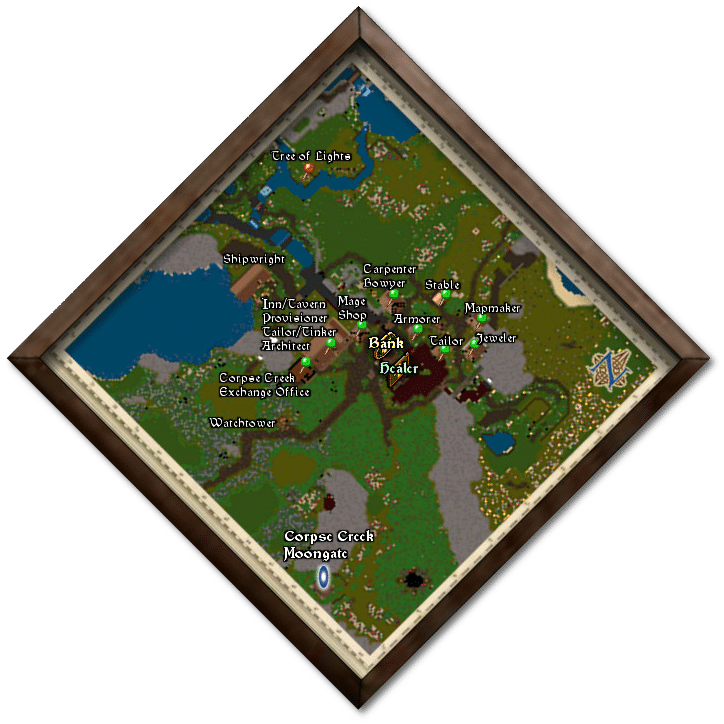 The History of Corpse Creek

For most of known Avadonian time, the far northwestern reaches of the mainland remained free of the laws of mankind. Even the Avadonian Empire at its height did not have influence reach these remote regions. It was not uncommon for bandits and criminals to make their way into these lawless lands in order to escape from the law.

The Actual Corpse in the Creek

In 561 AC, the head of the Dark Banner Company, Captain Landau, brought his entire mercenary company to this region. Having just killed Lord Falthar of Cambria during the siege of Prevalia, Captain Landau hung the corpse in chains over a creek that would become the central part of a new town, now known to us as Corpse Creek. The reasons behind Captain Landau’s murder of Lord Falthar remain a mystery to this day, but the fact that Lord Falthar’s bones remain on display at Corpse Creek speaks to a certain level of vendetta owned by Captain Landau.

The Expansion of Bandit Town

Once the Dark Banner Company set its roots down in Corpse Creek, the area became even more of a haven for criminals and mercenaries than it was before and Captain Landau took on a self-proclaimed Lordship. Corpse Creek became known across the three Kingdoms by another moniker: “Bandit Town.” The only sovereign among the three Kingdoms that recognized Corpse Creek as a legitimate town was Queen Klara of Andaria, and it is often said that she only did this as a means to help broker a relationship between herself and the infamous Lord Landau.

From between 561 AC to 570 AC, Lord Landau hired out his Dark Banner Company to whichever of the three Kingdoms could afford to hire them. Lord Landau and his Company became incredibly wealthy and gained a fair amount of influence in the Realm. Intrigued by Queen Klara of Cambria’s offer to meet him, he agreed to do so. The two formed a long-lasting and mutually beneficial relationship.

The Absence of Lord Landau

Between the periods of 570 AC and 585 AC, Lord Landau remained abroad and apart from Corpse Creek. As he and his new wife Queen Klara of Andara led armies for the glory of Andaria, Corpse Creek was very much left to its own devices. With no leadership or ruler, the town was a lawless one. A black market soon became established a short way south of Corpse Creek proper, and thus Corpse Creek entered into the trade market with the other Kingdoms (quietly, of course). Although Corpse Creek was without law and order, and was inhabited by all manner of criminal, there remained a sort of soft code among its denizens to not commit too much murder while there. 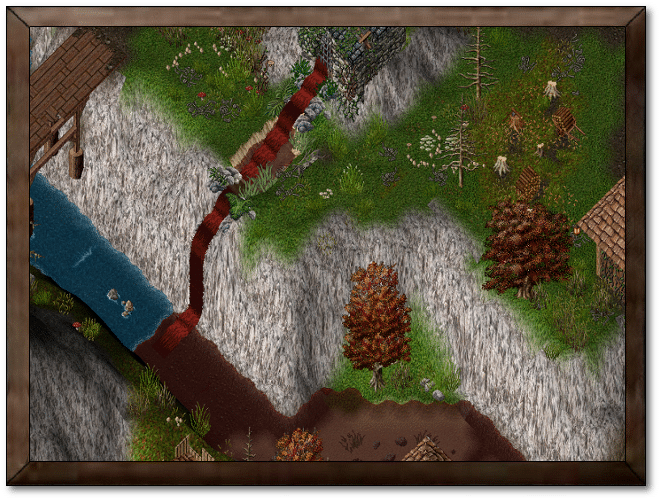 In 585 AC, Lord Landau returned to Corpse Creek, bereft with grief at the loss of his wife. He left behind his son Luka in the care of the governing Andarian Regent, Marius. What Lord Landau did in Corpse Creek between the time of 585 AC and 604 AC is not known, as no records of any sort were ever kept in this town. What is certain is that sometime during that time period, Lord Landau disappeared. Although no official records, many stories and rumors did rise up out of the thickets of Corpse Creek as to the fate of Lord Landau. Some stories tell of his tragic grief leading to suicide, turning the creeks red. This is a folly, as the creeks have run red for centuries due to the red clay found in the mountains which the streams feeding the creeks hail from. Other stories suggest that Landau took a new name and started a new life elsewhere. More fanciful rumors were that Landau made a pact with a Shadowlord and vanished, though nobody knows anybody who actually witnessed any such event.

In 604 AC, Lord Landau’s son Luka left Andaria and came to Corpse Creek. He took his father’s mantle at the head of the Dark Banner Company. Over the next several years, Corpse Creek was the base of Luka’s operations. He raided prolifically into Cambria and Prevalia, and eventually even into his home country of Andaria, much to the shock of his own people. He greatly enriched himself and the Dark Banner Company with the spoils of these raids.

Rumors circulated in 607 AC about a black moongate appearing in Corpse Creek. Many tales say that this gate linked the town with the Orc town of Buurz’Uzg. It was also said that mysterious figures were seen in the company of Luka at this time, one such figure matching the description of the old Emperor Linus’ advisor. Whether there is truth to these tales or not, there was no mistaking the fact that during the following battle at Break Pass, Luka’s ranks had swelled with the likes of Ogres and Trolls.

After the Kings’ summit at the Ancient Glade in 609 AC, a great deal of suspicion was cast upon Luka as the possible mastermind behind the disappearance of the rulers of the three Kingdoms. To this day, it has never been confirmed nor denied, and Luka remains at the head of the Dark Banner Company.