Difference between revisions of "Terran" 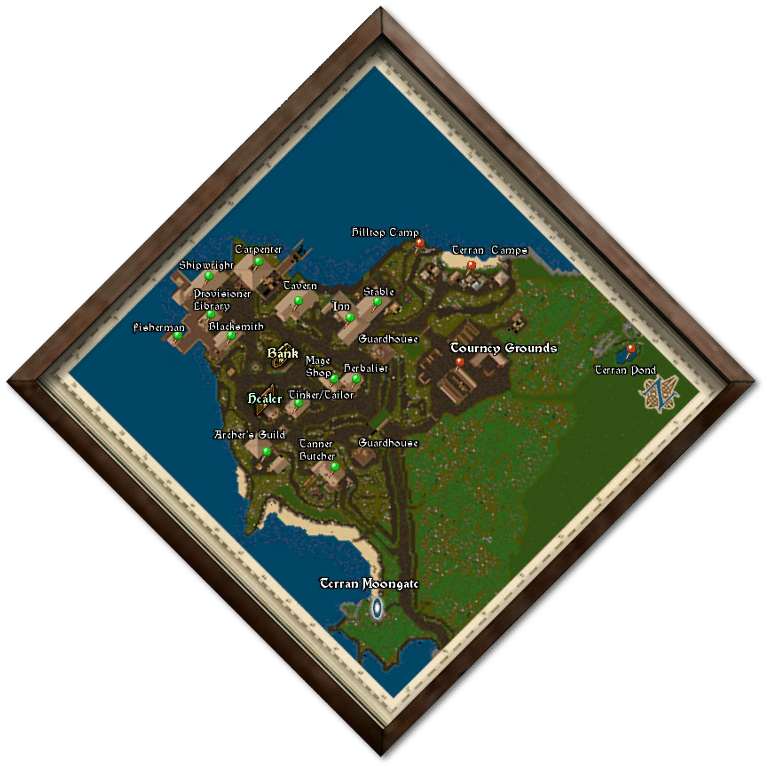 The History of Terran

The Need for Lumber

During the great Avadonian Empire expansion, the need for lumber to support the growing Prevalian navy brought scouts and rangers to the western coast. A small gypsy lumber camp was discovered by Captain Calvarn of the Prevalian navy, with all of the necessary tools and supplies to begin a larger logging operation. The area proved suitable for his immediate needs as a storage area for the Prevalian navy, but soon turned into much more than that.

In 348 AC, the small gypsy lumber camp was transformed into an industrious and robust town, now known as Terran. A great deal of Prevalian citizens migrated west to join the work in the lumber mills of Terran in the years following. Terran Pine was, at the time, considered the best lumber that could be found anywhere in the known Realm.

With a great host of people, the need for entertainment was observed by the leaders of Terran. To that end, the Tourney Grounds were established, where jousts could take place, melees, and even archery contests. It was a great success and the workers were happy.

Due to its relatively remote location far to the west, as well as sizable population, Terran is an annual target for the Orcs of Buurz'Uzg, located to the east.

The Loss of Trees

Over the course of generations, the constant farming of lumber from the nearby plateau had made it barren, and the amount of wood products produced in Terran diminished. The loss of most of the trees combined with the constant warfare that gripped the Kingdoms in the following centuries caused a great downturn in the economy of Terran. Many of its inhabitants have left, though there is still an abundance of skilled laborers and woodworkers.

In present day, Prevalia has a somewhat tenuous ownership of Terran, though the town mostly operates on its own volition.